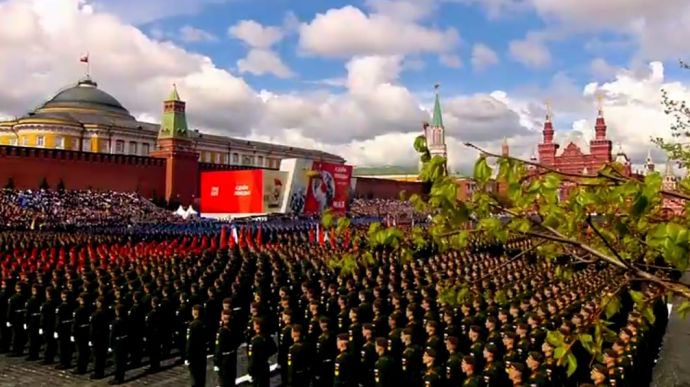 In the center of the Russian capital, Moscow, a parade timed to coincide with the 77th anniversary of the “Victory in the Great Patriotic War” began.

Details : Putin arrived at Red Square a few minutes before 10:00.

The air part of the parade in Moscow was canceled due to the weather, Putin’s press secretary Dmitry Peskov said.

Russian Defense Minister Sergei Shoigu congratulated representatives of the present units on Victory Day. He was answered with a slender “Hurrah!”.

Military equipment of the Russian Federation stood on Red Square on May 9 long before the start of the events. People in front of the Kremlin also gathered in advance.

It is reported that before that “Victory parades” were held in Novosibirsk, Khabarovsk, Yuzhno-Sakhalinsk, Vladivostok. In Chita, the parade was held in the rain and snow

Able to cause a radioactive tsunami and destroy cities: what is known about the Russian Poseidon torpedo