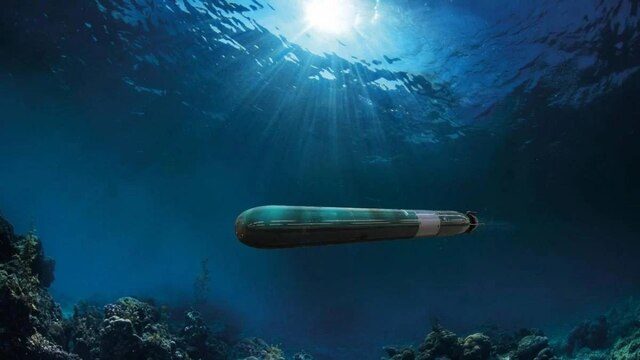 NATO noticed the movement of the Russian multi-purpose nuclear submarine Belgorod in the Kara Sea. The alliance believes that the Russian Federation may test the Poseidon nuclear torpedo there for the first time .

What is known about the Poseidon nuclear torpedo and what the weapon of the Apocalypse is capable of – learned the ICTV Facts.

A bit of history

In fact, the CIA concluded that the leak was intentional.

According to the Pentagon, Russia conducted the first Poseidon test launch on November 27, 2016 from the B-90 Sarov special-purpose submarine .

Then the tests were carried out in the Arctic Ocean.

Already at the beginning of 2018, the Pentagon publicly recognized the Russian development of a new intercontinental, nuclear, autonomous underwater torpedo.

Following a public vote in 2018, the weapon was officially named Poseidon .

Subsequently, in January 2019, the Russian Navy announced plans to procure at least 30 Poseidon unmanned underwater vehicles to deploy on four submarines, two of which will serve in the Russian Northern Fleet , and two more in the Pacific Fleet .

What is a Poseidon torpedo

Formerly codenamed Status-6, the Poseidon is a nuclear-powered autonomous drone that can travel very deep and very fast underwater.

Poseidon is no more than 20 meters long and about 1.8 meters in diameter.

It can reach depths of up to 1 km , but various sources claim even deeper. Poseidon can move at an amazing speed of 100 knots (185 km/h) and has an effective range of 8,690 nautical kilometers.

The weapons are made from high-strength titanium alloys to withstand deep sea pressure. Poseidon is called a drone because it can be controlled autonomously and also has the ability to remotely redirect or stop the mission after launch.

The nuclear submarines Belgorod, Khabarovsk and Ulyanovsk  can be the base launch carrier .

This nuclear warhead can travel tens of thousands of kilometers under waves and then explode off the coast, causing a radioactive tsunami .

A radioactive wave can destroy large metropolitan areas, such as New York or Los Angeles. In addition, a torpedo can carry two megaton nuclear warheads, which is more than enough to destroy a large city.

However, experts note that the same effect can be achieved with the help of intercontinental ballistic missiles, which have existed since the 1960s.

Today, there are special networks of satellites with infrared sensors that are able to detect the departure of Russian missiles, but the satellite cannot see what exactly is happening in the ocean depths.

The Poseidon torpedo was specially designed to radiate very little heat and move silently at speeds of over 100 km per hour.

What the experts say

According to the National Interest , Poseidon is nothing more than a naval version of an intercontinental ballistic missile (ICBM).

It must autonomously overcome thousands of kilometers and explode off the coast of an enemy city so that the tsunami caused by it completely destroys it.

Experts do not understand why the Russian Federation would launch a nuclear strike, for example, on an American city using an underwater drone (moving at a speed of 180 km / h), if a conventional ICBM will do it in 30 minutes.

In Russia, it was explained back in 2019 that a nuclear torpedo would be able to take revenge on the United States for the first strike if the American missile defense system intercepted all Russian intercontinental missiles.

As for strength and power, Euronews writes that the power of Poseidon can reach 2 megatons. This is a huge power – 100 times more than the bomb dropped on Hiroshima (which was about 15 kilotons).

But experts reassure and emphasize that the threat is by no means real.

“We did a lot of work back in the crazy days of the Cold War on how to do this—create a tsunami with nuclear weapons.

The fact is that a large tsunami requires a huge amount of energy – even more than can be obtained from a nuclear explosion. For example, an earthquake can cause a larger tsunami than Poseidon, defense technology journalist David Hambling told Euronews .

Putin dedicated his speech at the Victory Parade to the war against Ukraine. Mobilization did not begin

Putin started the parade in Moscow, there will be no aviation