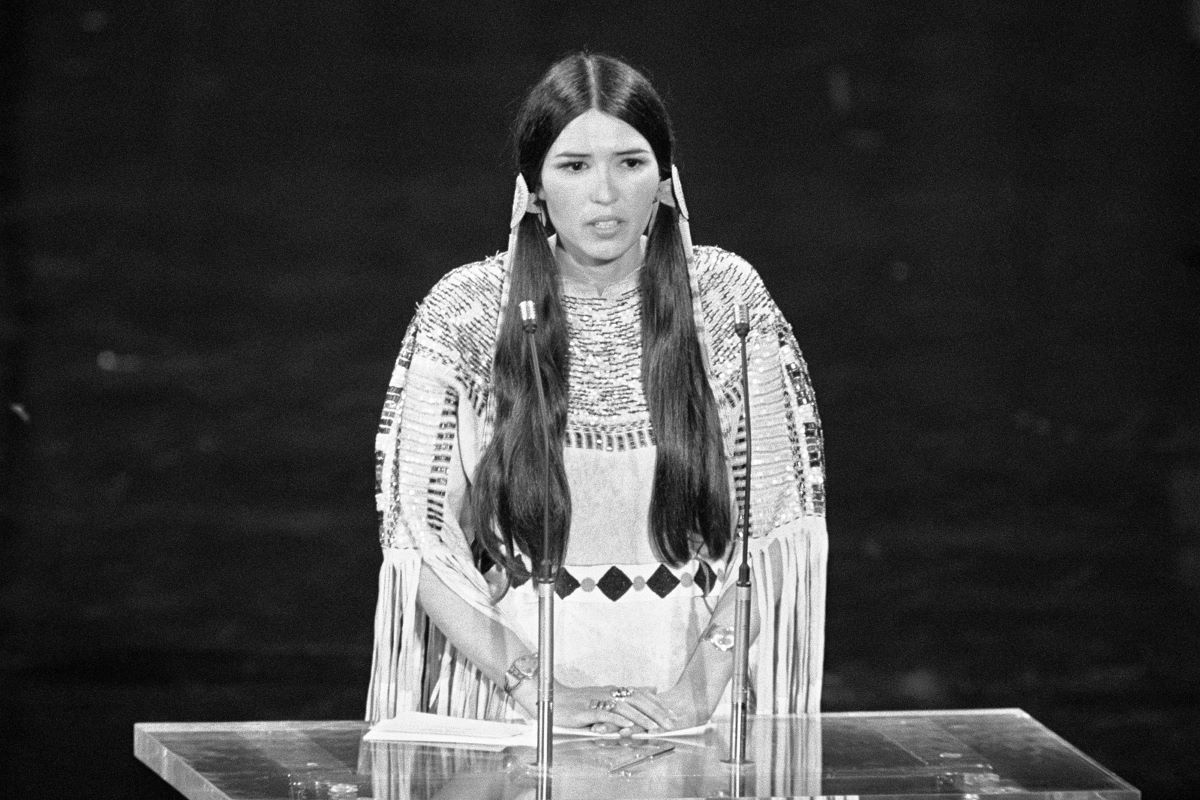 In 1973, the Native American actress took the Oscars stage for just a minute. This was enough for her to be insulted, humiliated and threatened.

The Oscars apologized to actress Sachin Littlefeather for insulting her at the 1973 Oscars. The 75-year-old Native American actress received a formal apology at a gala at the Academy Museum.

Nearly 50 years ago, a 26-year-old Native American woman was booed at the Oscars. She then took the stage to refuse the award for best male role in the film “The Godfather” on behalf of Marlon Brando. Brando rejected the Oscar because the US film industry misrepresented Native Americans.

“[Brando] is very sorry that he cannot accept this very generous award,” Littlefeather said as she took the stage. “And the reason for this is the attitude of the film industry towards the Indians today [the audience begins to hoot].”

After the statement, the anger of the crowd fell upon the girl. The audience booed her, and behind the scenes Sachin was greeted with shouts, insults and even death threats.

Some media reports after the event claimed that Littlefeather was not actually a Native American but simply decided to help her acting career with this performance. Some speculated that she might be Brando’s mistress.

“We Indians are a very patient people – it’s only been 50 years!”

Finally, the Academy “Oscar” admitted, said that the actress was subjected to “unjustified” violence.

“For too long, courage has gone unnoticed. For this, we offer both our deepest apologies and sincere regret,” said the representative of the “Oscar”. The Academy Awards apologized to Littlefeather for the events of 1973. After that incident, Sachin turned to activism. Photo: facebook.com/sacheenbreakthesilence

Littlefeather was very surprised by the belated apology.

“I would never have thought that I would live to see this day, that I would hear this. When I was on stage in 1973, I was standing there all alone,” said the actress.

In response to Oscar’s apology, she ironically added : “We Indians are a very patient people – only 50 years have passed!” Read also: